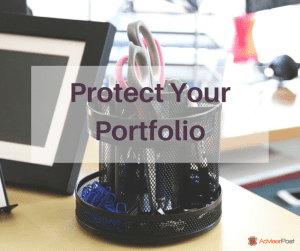 The first half of 2018 had no shortage of political tussles and diplomatic standoffs to deliberate on. Here, we consider some of the big economic events across the globe that have kept us busy, including incidents that have come completely from leftfield.

UK
Brexit has understandably dominated the headlines, and no doubt will continue to be the big topic of conversation for many months to come. In March, it was announced that the UK and EU had agreed terms for the Brexit transition period, which lasts from ‘Brexit day’ on 29 March 2019 until 31 December 2020. The EU will allow Britain to sign its own trade deals during the transition, and the UK will give full free movement rights for EU citizens who arrive during the period.

Also in March, chancellor Philip Hammond used his Spring Statement to unveil upgraded UK growth forecasts. Office for Budget Responsibility (OBR) figures have revised the UK growth forecast for this year upwards from 1.4% to 1.5%. However, growth was just 0.1% for the first three months of the year, in part due to the impact on the economy of the so-called ‘Beast from the East’.

US
Some of the tax reforms passed by Donald Trump at the end of 2017 came into play on 1 January, including a ‘market friendly’ cut of corporate tax rates. In the long-term, these changes are predicted to mean businesses spend more and lift wages. It is, of course, a gradual process, though a positive ‘earnings season’ for US businesses in the spring has arguably brought some degree of cheer for those looking to invest in the country.

The president has generated plenty of press coverage in other areas too, including his surprise meeting with North Korean leader Kim Jong-un in June. From a stock market perspective, it is the tech giants that continue to have a huge influence. However, the likes of Facebook and Amazon have not had it all their own way, given the former’s Cambridge Analytica data scandal and Trump’s attacks on the latter’s pact with the US Post Office.

Latin America
Argentina was in the headlines in May with its central bank raising interest rates to a whopping 40% as its currency, the peso, fell sharply. The country’s economic vulnerabilities were highlighted by a reform programme under president Mauricio Macri. Later in the month, it emerged the government had been in touch with the International Monetary Fund for a credit line that would help restore confidence in the country’s economy.

Elsewhere, economists have been speculating that Latin America could be an unexpected winner should trade tensions escalate between China and the US. Brazil, Argentina, Chile and Mexico are among the region’s economies that already have extensive trade agreements with China and the US, primarily trading soybeans, iron ore, crude oil and copper into China and manufacturing products into the US.

Europe
After months of uncertainty in Germany, a grand coalition was finally formed between the CDU/CSU and SPD parties and the new government took office in March. However, as one country took steps towards a stable government, another, Italy, was facing its own political stalemate. At the end of May, two populist parties, Five Star and League, formed a new ruling coalition.

In France, president Emmanuel Macron came up against opposition to his pro-business economic reforms, which meant nationwide rolling train strikes in dispute over government’s planned overhaul of state-run railway SNCF.

Someone who seemingly has never had a problem with popularity in his country is Vladimir Putin, who took more than 76% of the vote in a landslide victory in March’s Russian election. His fourth term as president will extend until 2024, much to the ire of many in the West who see his regime as a malicious influence on global diplomacy.

Asia
A key event of the first half of 2018 from a markets perspective was posturing towards a ‘trade war’ between China and the US. What exactly is a trade war? In simple terms, it is when countries try to attack each other’s trade with taxes and quotas. In introducing tariffs on a country’s imports, which is what these two nations have been doing on certain products, the intention is to push people to buy cheaper local products instead, thus boosting your domestic economy. However, in truth, there are no real winners from a trade war, and so it seems common sense that officials from both countries have been discussing compromises.

Still, the Chinese economy evidently remains in good shape, with growth in the first quarter of the year coming in at an impressive 6.8%. In Japan, however, there have been some problems brewing for prime minister Shinzo Abe, who saw his public support fall off dramatically having been caught up in a political scandal.

Correct at the time of going to print.

If you’re concerned about how global events could impact your investment portfolio, please get in touch.

The value of your investments and any income from them can fall as well as rise and you may not get back the original amount invested.