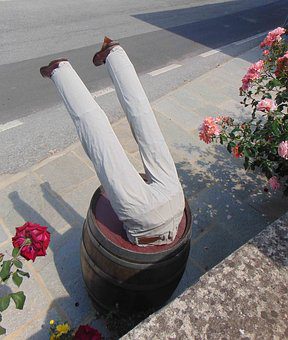 If we asked you to list the most common reasons for claiming on your household insurance, you’d probably say theft, accidental damage, or damage caused by storms and flooding.

The following claims, however, are slightly more unusual…

Animals do the strangest things

You may have blamed the dog for homework disasters in the past, but one Cornish policyholder took things a step further by claiming £2,000 for a hearing aid which his dog had swallowed. The man had apparently had his hearing aid in his pocket along with the dog’s biscuits and got them muddled up by mistake.

And never mind the dog, a report in the Lancashire Evening Post confirmed that a pensioner from Preston had put in a claim for £78 after a snail ate part of his carpet.

Birds have also been the subject of wacky insurance claims with a magpie being cited as stealing a pair of dentures and a low-flying goose who reportedly crashed through a man’s roof, damaging furniture, a TV and a games console.

A man in the West Country noticed a loose thread on the bottom of his curtains and decided, in a moment of madness, that the best way to deal with it would be to burn it off with a lighter. He ended up setting the whole curtain alight which soon spread through his house. Perhaps most distressingly for the man was that his insurer considered his act to be deliberate and therefore not covered by his insurance.

Finally, and perhaps our favourite of the lot, according to Confused.com a proud grandad was holding up his new grandson to show him off on a Skype video call when the infant vomited over the computer. The tiny tot caused £450 worth of damage.

These weird and wacky insurance claims might raise a chuckle, but protecting your home and personal belongings from theft, damage or worse, is a serious subject.

Get in touch if you’d like advice on the right buildings and contents insurance for you.