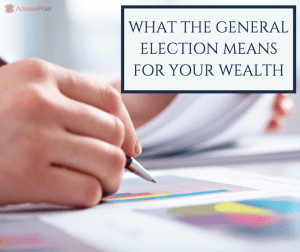 What The General Election Means For Your Wealth

With the General Election now less than 100 days away, the contenders are throwing their economic hats into the ring. Although none of the 3 main parties has provided a manifesto as yet, they have all been giving their views on tax and spending and reducing the UK deficit. Here is a quick overview to where the three main parties stand on balancing the UK’s books.

The Liberal Democrats plan to increase the amount lower earners can take home by raising the personal allowance to £11K in their first year of office and then to £12.5K by the end of their (first) term. Whilst they, unlike Labour, have not (yet) suggested bringing back the 50p tax rate on incomes over £150K pa, the closeness of previous votes on the issue means that this could not be completely ruled out. What is being proposed for the moment is a “Mansion Tax”, which would essentially work in the same way as Council Tax but with the funds going to central government. Additionally the Liberal Democrats have suggested increasing Capital Gains Tax to 35% (from 28%). This would potentially affect people who own second homes (e.g. buy to let landlords) as well as those who own other forms of investments such as shares. Their aim is to have the UK back in the fiscal black by April 2018.

One of Labour’s headline policies is to reintroduce the 10p tax rate as a bridge between the nil rate personal allowance and the 20p rate. At current time, however, they are yet to specify how much income would be included in this rate. They have, however, stated that the impact on government finances could be counterbalanced by withdrawing the Marriage Couples’ Tax Allowance. Labour plans to reduce the deficit by a combination of ending further borrowing to finance spending and an increase in various taxes. They have proposed reintroducing the 50p tax rate on incomes over £150K pa. They also support a Mansion Tax, although they are yet to explain how specifically, this would work. On the subject of houses, while Labour have, as yet, made no comment on Inheritance Tax, even taking no action could have a serious impact on many people. Rising house prices have made IHT a reality for increasing numbers of people. Unless the nil rate is raised at some point in the future, then the impact of IHT will continue to spread. Labour have also proposed a tax on banker’s bonuses. One policy which may prove popular with the electorate is a 5% pay cut for government ministers.

The Conservatives’ plan is essentially to reduce the deficit by cutting government spending. They too aim to have the UK back in the black by 2018. They plan to raise the personal allowance to £12. 5K pa (from its present level of £10.5K pa). Likewise the 40% rate would start at £50K pa (from its present level of 41.9K pa). Their stated aim is to have these tax changes in place by the end of the next parliamentary term. While this would not deliver any short-term improvements to higher-earners, it might not have an adverse impact on the family finances either. The Conservatives while they have not made any pledges on Inheritance Tax, they have made recent changes to pensions rules from 6th April 2015 which effectively makes it easier and more tax efficient to pass on pension pots between generations. It is an open question as to whether or not the Conservatives will be able to increase the nil-rate band to reflect the impact of rising house prices. There is, however, no obvious sign that they would seek to lower the bands.